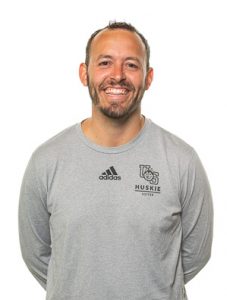 “Over the last five years of having the opportunity to lead the U of S Women’s Soccer Program we have achieved many program firsts and I have had the opportunity to work along the way with some fantastic coaches and student athletes. What motivates me and excites me about the future of our Program and this new initiative is the opportunity to prove that Saskatchewan has talented athletes that can succeed at the University level through hard work, perseverance and enjoyment of the process of becoming the best that you can be as a student, an athlete and above all an individual. This program is a very important stepping stone for us to connect and create a synergy from our current varsity program to the up and coming future athletes which we hope one day aspire to play for the green and white! 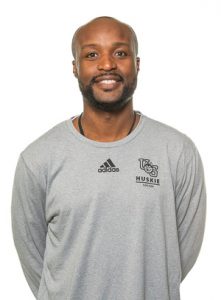 Abumere “Abu” is a proud Huskie men’s soccer alumni playing 5 years for the green and white as a Goalkeeper and defender, and helping them to their first silver medal finish. Prior to joining the Huskies, Abu played in the UK with Sabanoh 97 FC and post-Huskie career he competed on the national stage with the HUSA Alumni (soccer) and Olimpia SK FC (futsal). From grassroots to University, Abu enjoys coaching athletes young and old. Sharing his passion for the game and taking pride in promoting the well-being and positive development of athletes within the game and within the community. 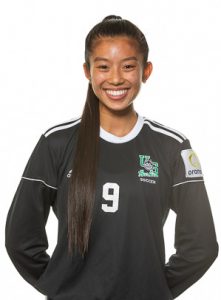 In her second year with the Huskies, Jade is a center midfielder with a growing bag of tricks. A lethal strike paired with crafty no-look passes are sure to give opponents trouble over the coming years. Off the pitch, Jade is studying in the college of Nursing.

Jade is excited to join the Junior Huskie program and is currently working towards her Canada Soccer C License.

“I love connecting with the girls to help them develop as players and take their game to the next level.” 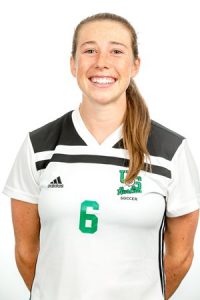 Jackson completed five seasons in the midfield with the University of Saskatchewan Huskies and cemented her legacy as a respected captain with the squad. During her career, Jackson helped the program claim a Canada West bronze medal and earn its first ever appearance at USport Nationals in 2016. Off the field, Jackson was named to the USPORTS Academic All-Canadian and Huskie All-Academic team all 5 years of her career.

Jackson is in her 5th year as a coach with the Junior Huskie women’s soccer program and is currently working towards her Canada Soccer C License.

“For me, coaching is about helping the individual develop as a person first, player second. I’m so grateful for the opportunity to impact the lives of so many young women, and I can only hope to leave each of them in a better place than when they arrived in our program.” 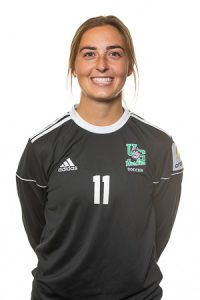 Joining the Huskies in 2016, Maya made an immediate impact as a rookie winger and helped the team to a Canada West bronze medal and a sixth place finish at Nationals. Over the course of her career, Maya has continued to be a quiet leader and steady cornerstone for the Huskies on both sides of the ball. In 2019, Maya had a breakout season scoring 9 goals and 11 points. She is excited to build off that success in her final season with the Huskies this year.

Maya has been a coach with the Junior Huskie program since its inception in 2016. She is currently working on her Canada Soccer C License and also brings a wealth of knowledge to the program from her completed Bachelor of Science in Kinesiology.

“I love the consistent positive, energetic, hardworking attitude the coaches and players bring day in and day out.” 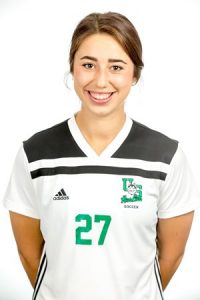 In 2018, Hannah completed her third year of eligibility as a midfielder with the Huskies. On the field, she has been developing her ability to shoot from distance and deliver driven balls with precision. Off the field, Hannah is active in the community, devoted in her studies, and generous in her friendships with teammates and other Huskie athletes.

Born and raised in Saskatoon, Hannah is joining the Junior Huskie coaching staff this year as an assistant coach with the U17 program.  As a student in the College of Kinesiology, she will bring a unique passion for both soccer and strength & conditioning.  Hannah is looking forward to growing her experience as a coach and is excited to help these young women develop as soccer players and as athletes. 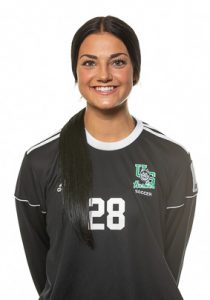 In her third year with the Huskie Women’s Soccer team as a attacking midfielder and striker, Payton has established herself as a key leader both on and off the field. After earning herself a spot on the 2018 Canada West All Rookie Team in her first year and being named Huskie Athletics Rookie of the Year, Payton has continued to make a major impact through her gritty play and ability to score goals. Payton is from Prince Albert and is currently studying in the College of Kinesiology.

Payton is going into 4th year as a coach with the Junior Huskie program. She is excited to continue sharing her experience and expanding her knowledge of the game through a coaching lens.

“I enjoy coaching Junior Huskies because it gives me the opportunity to help develop, inspire and empower young female athletes.” 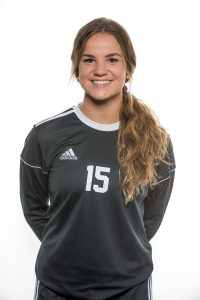 Heading into her 4th year with the Huskie Women’s Soccer team, McKenna has become a dynamic element to the Huskie midfield. She is known for her attacking mindset and ability to shoot from far distances, often taking corners and free kicks for the Huskie squad. McKenna is from Saskatoon and is currently studying in the College of Education.

As an assistant coach with the U17 program, McKenna enjoys guiding the next generation of women’s soccer athletes and sharing her experiences as a student-athlete. 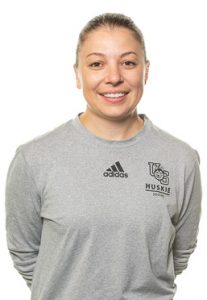 Amy is entering her 7th season as an assistant coach with the University of Saskatchewan women’s soccer team. Amy is the program manager for the Junior Huskie soccer program. She works closely with Jerson to manage the operational details and enjoys supporting the coaches and players in the program in any way needed.

Excelling in both basketball and soccer, Prokop played five seasons with the Huskie basketball team from 2004 to 2009. The former point guard helped guide the Huskies to their first-ever Canada West title in 2005-06. Amy holds a Bachelor of Science in Kinesiology and a Bachelor of Commerce. Outside of sport, she is a Product Manager with Andgo Systems in Saskatoon.